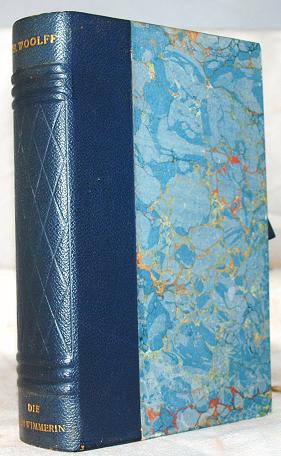 325 pages 21 cm. Theodor Wolff (1868-1943) was a noted German writers and journalist at Berlin's Tageblatt newspaper. After the Reichstag fire he fled to Switzerland, after being warned his anme was on the SA death list. Wolff was removed from Tageblatt's editorship and his books were part of Nazi book burnings. Die Schwimmerin (The Swimmer) was his last novel, written in exile in Nice (the Swiss had denied him a residence permit.) He had intended to have a film produced of it, featuring Greta Garbo. After the fall of France, Wolff was arrested in 1940 by Italian Fascists and handed over to the Gestapo. Wolff was sent to the Sachsenhausen concentration camp. He died in 1943.