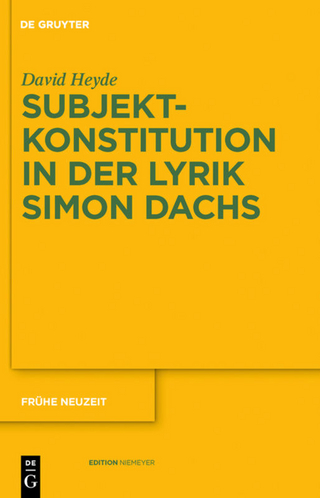 the East Prussian poet Simon Dach is considered to be the master of Baroque social poetry. However, the narrative subject in his occasional poems cannot always be interpreted as the conventional "I" role. Rather, it is the bearer of different discourses which come into conflict with each other in times of a personal crisis of the poet. The study interprets such transgressions as expression of a precarious poet identity. Three themes are explored which are significant for identity in Dach's poetry: the garden, homage poems and illness.