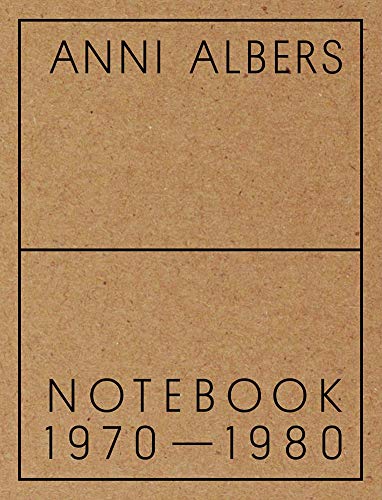 A superb facsimile of the only known notebook of legendary modernist polymath Anni Albers
Beginning in 1972, Albers filled her graph-paper notebook regularly until 1980. This rare and previously unpublished document of her working process contains intricate drawings for her large body of graphic work, as well as studies for her late knot drawings. The notebook follows Albers' deliberations and progression as a draftsman in their original form. It reveals the way she went about making complex patterns, exploring them piece by piece, line by line, in a visually dramatic and mysteriously beautiful series of geometric arrangements. An afterword by Brenda Danilowitz, Chief Curator of the Josef and Anni Albers Foundation, contextualizes the notebook and explores the role studies played in the development of her work.
Anni Albers (1899–1994) was a textile artist, designer, printmaker and educator known for her pioneering graphic wall hangings, weavings and designs. She was born in Berlin, and studied painting under German Impressionist Martin Brandenburg from 1916 to 1919. After attending the Kunstgewerbeschule in Hamburg for two months in 1920, she enrolled at the Bauhaus in 1922 and joined the faculty in 1929. At Black Mountain College from 1933 to 1949 she elaborated on the technical innovations she devised at the Bauhaus, developing a specialized curriculum that integrated weaving and industrial design. In 1949 Albers became the first designer to have a one-person show at The Museum of Modern Art, New York; the exhibition Anni Albers: Textiles subsequently traveled to 26 venues throughout the United States and Canada. Her seminal book On Weaving, published in 1965, helped to establish design studies as an area of academic and aesthetic inquiry and solidified her status as the single most influential textile artist of the 20th cent