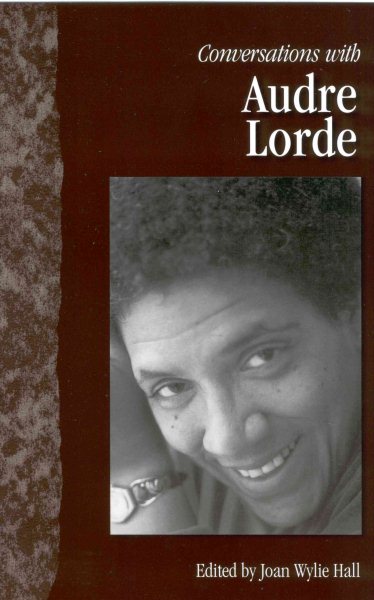 Audre Lorde (1934-92), the author of eleven books of poetry, described herself as a "Black feminist lesbian poet warrior mother," but she added that this phrase was inadequate in capturing her full identity. The interviews in this collection portray the many additional sides of the Harlem-born author and activist. She was also a rebellious child of Caribbean parents, a mastectomy patient, a blue-collar worker, a college professor, a student of African mythology, an experimental autobiographer in her book titled Zami, a critic of imperialism, and a charismatic orator. Despite her intense engagement with the major social movements of her time, Lorde told interviewers that she was always an outsider, a position of weakness and of strength. Most of her schoolmates were white. She married a white legal-aid attorney, and after their divorce she was the partner of a white psychologist for many years. These intimate alliances with whites caused some African Americans of both genders to question the depth of her solidarity. Lorde expressed distrust of some white feminists and charged that they lacked real understanding of African American struggles. Writing proved to be her powerful weapon against injustice. Painfully aware that differences could provoke prejudice and violence, she promoted the bridging of barriers. These interviews reveal the sense of displacement that made Lorde a champion of the outcast and the forgotten--whether in New York, Mississippi, Berlin, or Soweto.