Everyone knows Mary Poppins—at least her Disneyfied version—but how many know her creator was a brilliant, mysterious woman with many other fascinating accomplishments? Trade Bo… Mehr…

Paperback, [PU: Larson Publications], Everyone knows Mary Poppins--at least her Disneyfied version--but how many know her creator was a brilliant, mysterious woman with many other fascina… Mehr… 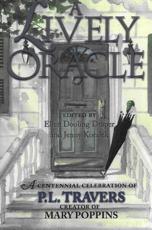 How many know that the legendary creator of Mary Poppins was a brilliant, mysterious woman with many other accomplishments? That she found deep poems in the silence of the bush, played Shakespearean roles in the Australian outback, crossed the world to plunge barefoot through Irish bogs and come under the tutelage of W B Yeats and George Bernard Shaw, received a secret name from Navajo elders, dined with G I Gurdjieff, raked sand gardens in Japan, and that Celtic literary genius A E (George Russell) was virtually a second father to her - Pamela L Travers passionately celebrated story, fairytale, and mythic image. She co-founded and was a guiding light for "Parabola" magazine for many years. Now friends and colleagues celebrate her on the centennial of her birth (1899). These tributes, stories, interviews, and analyses of her work - all from people who knew her - recount delightful facets of one of the 20th century's most creative and memorable minds.