Katherine Anne Porter: A Sense of the Times (Minds of the New South) - Erstausgabe

Katherine Anne Porter: A Sense of the Times - neues Buch 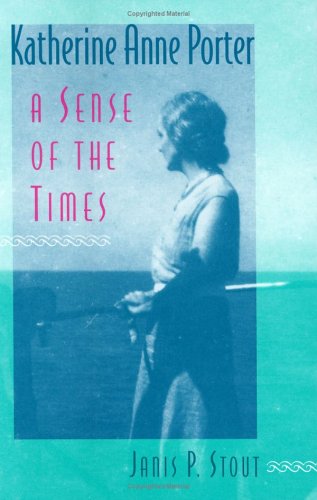 Katherine Anne Porter's life closely paralleled that of her century not only in its span (1890-1980) but in its interests and contradictions. A communist sympathizer who became a quasi fascist; a cosmopolitan who embraced southern agrarianism, a femme fatale whose writings nonetheless evince feminist feeling, Porter embodied, often at their extremes, the major currents of her time and ours. In this new biography Janis P. Stout argues that these inconsistencies can be viewed as part and parcel of modernism itself.
Drawing on Porter's rich and voluminous correspondence as well as published works, Stout here sets out to craft an intellectual biography of a woman who, by her own admission, was "not really an intellectual." Stout reveals the extent of Porter's involvement in events of public significance and her interactions with prominent figures, from President Alvaro Obregon of Mexico in 1920 to Hermann Goering in Berlin in 1931, to Robert Penn Warren, Eudora Welty, Allen Tate, and others in the 1930s and 1940s, to members of the Lyndon Johnson White House in the 1960s. Against the backdrop of world war and cold war, Porter's conflicting views on politics, race, religion, and feminism reflected Porter's ambivalence toward her own Texas roots.